Fighting in Our Streets and God 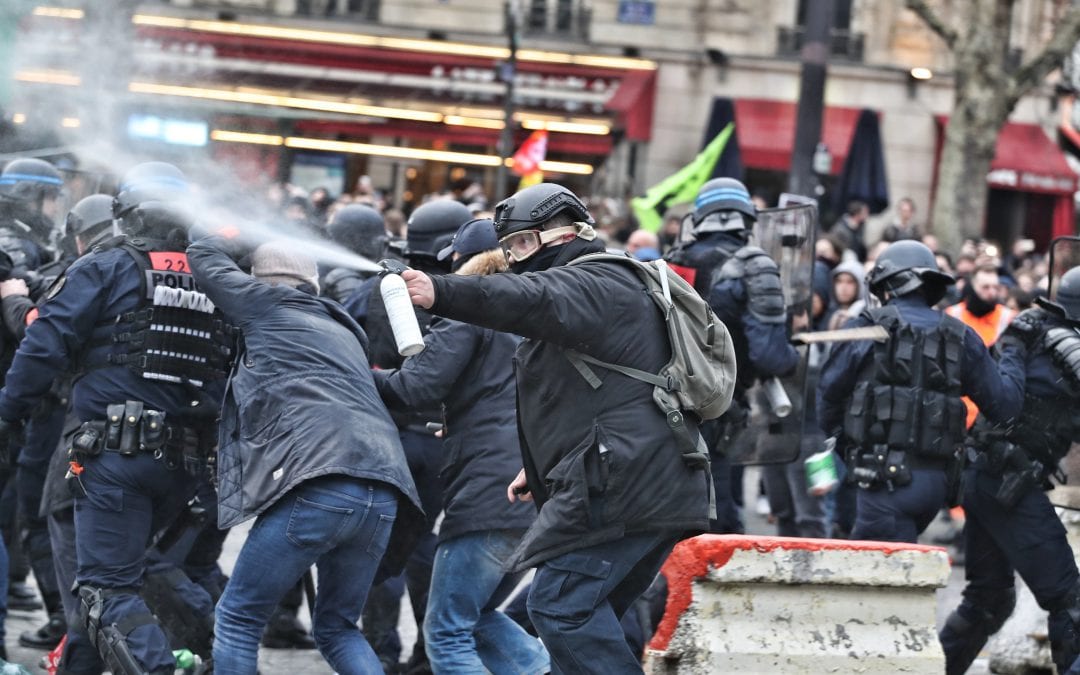 Nations reap what they sow just as individuals do. “The wicked shall be turned into hell, and all the nations that forget God” (Psa. 9:17). This happens partly because rebellion against God is by nature self-destructive and partly because God providentially intervenes to chastise evil societies. In terms of the latter, one of the most common forms of divine punishment is war. The Lord unleashed the Assyrians on Israel, the Babylonians on Judah, and then the Medes on Babylon. But the chastening rod in God’s hand is not always a foreign army. Sometimes it is division and fighting within.

We call it “civil war.” For thousands of years nation after nation has experienced it. The book of Isaiah reveals that God has a hand in some of these conflicts.

The prophet pictured a complete breakdown of law and order in Judah in chapter three. The result was anarchy. “The people shall be oppressed, every one by another and every one by his neighbor; the child will be insolent toward the elder, and the base toward the honorable” (Isa. 3:5). In this lawless state of chaos every man was a law to himself and respect for others vanished.

The same thing happened in other countries in Isaiah, and the Lord in His justice was involved. Consider Egypt, a nation whose time had come to reap what they had sown. God said, “I will set Egyptians against Egyptians; everyone will fight against his brother, and everyone against his neighbor; city against city, and kingdom against kingdom. The spirit of Egypt will fail in its midst” (Isa. 19:2-3). This powerful empire fell because they were so busy fighting with each other that they could not protect themselves from their enemies without.

In light of this pattern in history and in the Bible, why should we be surprised at riots and bloodshed in some of our major cities? We are a nation that has slaughtered over sixty million babies. The highest court in the land has made the perversion of same-sex marriage legal and now tyrannical governors and mayors have deemed attending church services a crime. Our land is full of greed, drunkenness, pornography and dishonesty. The infighting we are witnessing may be a just sentence from God.

The Cold War conditioned us to fear external threats to our peace and safety as a people. Perhaps it is time to recall that ancient Rome collapsed because it was rotten on the inside.