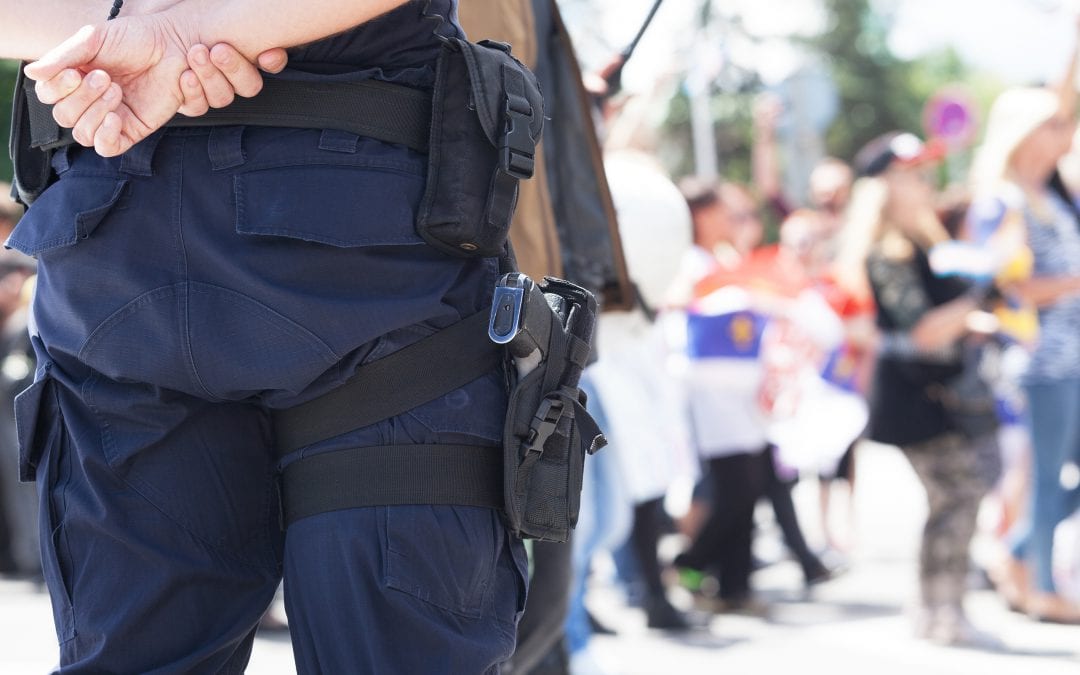 “So then, my beloved brethren, let every man be swift to hear, slow to speak, slow to wrath; for the wrath of man does not produce the righteousness of God.” James 1:19, 20

I’ve had the benefit of being a Christian and a police officer simultaneously for several years now. In that time I have seen several things happen in our country which have been detrimental to the profession, but thus far I have not seen a time which has been so difficult for both the profession and the faith as the present. The things that are happening in our country such as the riots, looting, violence, open blasphemy, and general depravity, much of which is directed toward law enforcement, has had an adverse affect on many Christians who aren’t even police officers.

I have spoken with and listened to several Christians since the spark in Minneapolis who have led me to believe that there is confusion about what is expected of them. As Christians we understand that we are to subject ourselves to civil government (Romans 13:1) as well as those who are “sent by him” to maintain law and order which includes the police (I Peter 2:14). But we also know that we cannot abide the misuse or abuse of authority, especially when it causes death or harm to another individual, which is the allegation that came out of Minneapolis. As Christians, what side should we take? What exactly is expected of us?

The first thing we ought to remember is that we ought to hate sin in any form, committed by any group of individuals while remembering that we all sin and fall short of God’s glory (Romans 3:23). Sin ought to generate within us godly sorrow, or even anger, but we ought to be careful of the direction in which we take it. The anger we feel over sin ought never to cause us to advocate the overthrow of the government, neither should it lead us to looting, rioting, murder, or disorder. Not only should we abstain from participation in these things as a result of anger, but we should not even support those who do (1 Thessalonians 5:22; 1 Corinthians 15:33). Rather than allowing our anger to cause us to sin (Ephesians 4:26), we ought to remember the commitment we made to God first.

As Christians we are to be an example for the rest of the world to see (Matthew 5:16). Even the young people who are being severely affected by the current state of affairs in our country ought to remember the exhortation Paul gave to the young man Timothy to “be an example to the believers in word, conduct, love, spirit, and purity” (1 Timothy 4:12). Even though many in the country seem to be on board with the perdition we are seeing, we should understand that even if it was the norm, we have the duty to resist blatant sin and to be transformed from the world by the renewing of our minds rather than be conformed to it (Romans 12:2). We are to show ourselves to be a pattern of good works and in doctrine show integrity, reverence, and incorruptibility (Titus 2:7). Joining ourselves to the push for lawlessness, anarchy, rioting, looting, vandalism, murder, lies, and extreme civil disorder, either by direct participation or encouragement, is a direct affront the responsibilities of a Christian. Rather than condone or participate therein, we ought to rebuke or speak against such things (Ephesians 5:11).

What about civil rights? Where do they factor into this? Thomas Jefferson, Benjamin Franklin, and John Adams stated during the drafting and editing of the Declaration of Independence in June-July 1776 that humanity was grated certain inalienable rights from God which include life, liberty, and the pursuit of happiness as well as the right to alter or abolish government and to establish new government when it is determined that the government in place has become detrimental to those rights. Furthermore, the First Amendment to the Constitution guarantees the people the right to peaceably assemble for the purpose of petitioning the government for a redress of grievances in the form of legitimate protests. Neither document allows or condones what is currently happening in our country. Neither does the Bible.

The government will always be imperfect because humans are involved. But we ought to remember that governments throughout the world are ordained by God and derive their powers from Him (Romans 13:1). As citizens and Christians it is our God-given responsibility to subject ourselves thereto until subjection requires sin. Then and only then are we permitted and expected to resist (Acts 5:29). Let us endeavor to keep our minds clear in these cloudy times. Let us not allow ourselves to be drawn into the sensationalism of defiance and rebellion. Rather, let us stand in the world as an example of what God would have us to be, even if it means we stand alone. Remember, Elijah felt like he was all alone, too. What he did not know was that he had seven thousand allies who had not bowed to Baal (1 Kings 19:18).

From a more personal point of view, allow me to state a few things for those who have never served in the capacity of a law enforcement officer. There are those who abuse their power, but they are few. The majority are truly good and decent officers, mothers, and fathers who want what is best for you, and are willing to die to ensure that you have it. Remember that their job is not an easy one. Even though they are being targeted right now, they continue to serve because it is the right thing to do. They do not do it for praise or recognition. They simply want you and your family to survive and thrive. Politics and personal opinions aside, let us always remember that service and loyalty to God supersedes that to any ideology, especially when those convictions and ideas directly contradict His commands.

-Jordan Danner is a TBC alumnus and a police officer.